We need to look at some more wedding pictures because we hung some on our walls the other night and they look pretty so now I want to show some to you from our ceremony. I wrote the ceremony, and I don’t know if it was good or bad.  It just…was what it was I guess.  My uncle and cousin played music during our cocktail hour before the ceremony, then as we and the wedding party walked down the aisle.  They’re STOOPID talented, and we were so glad to have them play for us! Jay’s godfather Lee married us!  He married both of Jay’s sisters too, so it was really special that he was able to do ours, too.

Our ceremony had elements of civil and religious ceremonies that I GOOGLED AND LIKED.  That was it.  Nothing fancy, just words that expressed how Jay and I feel about each other and marriage in general. We wrote our own vows, like I told you, but said them traditionally – repeated them one after the other.  I had to go first and cried the whole time, and then Jay cried less, which made him win. I hate him. Luckily I won later because, WHOOPS, homie put the ring on my right hand.  I WIN!  Look how confused Lee and I are!  I totally thought he was kidding. Then, had a yoga prayer written my Paramahansana Yogananda, the guru of our yoga studio, which was beautiful and flowy, and then my sister sang Irish Blessing, which of course ended in ridiculous tears from everyone.

AND THEN WE KISSED!

It was short, sweet, to the point, and hit on all the major points – be nice to each other, this is your one shot, don’t blow it … you know. That stuff. I love wedding ceremonies in that you can do SO much with them – long, short, religious, secular, mix and match….there are wonderful options available to us, and it was a blast to create a service that was meaningful to both of us.

After that we partied.  Duh.  Get psyched for THOSE pictures. 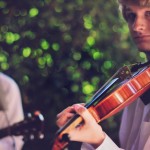 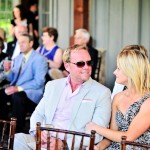 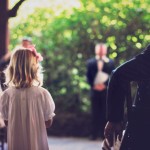 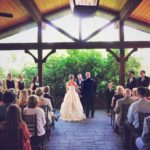 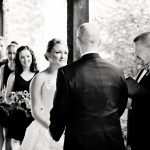 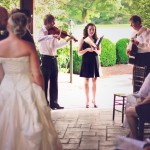 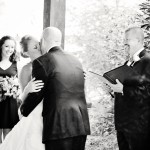 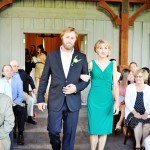 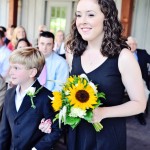 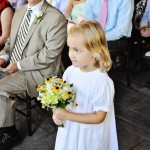 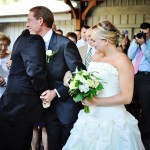 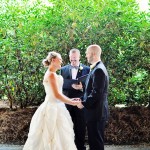 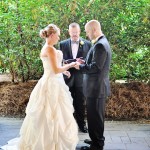 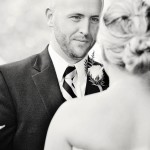 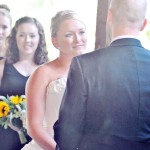 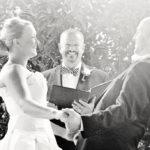 Mira Photographs was our photographer.  She wins all the awards.